FREE SHIPPING in the United States over $100.
1 Item 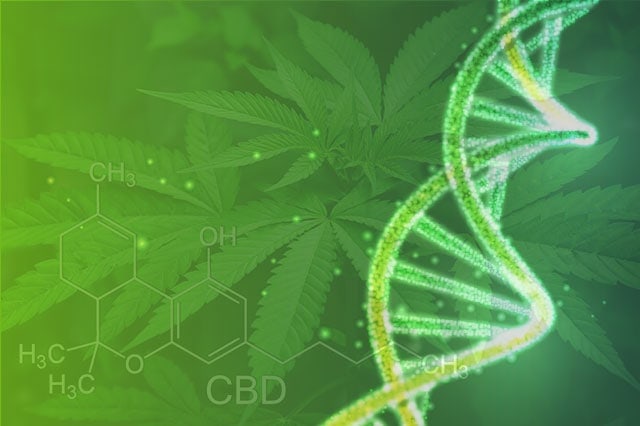 Once associated with drugs and breaking the law, cannabis is now leading scientists to new discoveries in health and the human body.  Studies on the effects of marijuana have brought scientists to an understanding of the biological system known as the endocannabinoid system, which has been discovered to potentially play an important role in the regulation of our physiological and cognitive processes, including:

The endocannabinoid system is not generated from the use of cannabis; it is an active biological system that exists within all of our bodies.

What is the Endocannabinoid System? What does “endocannabinoid” mean?

The term “cannabinoid” was first coined with the cannabis plant and is one of over 100+ naturally occurring compounds found in cannabis.

“Endo” is short for “Endogenous”, which means that it originates from within an organism.

The literal meaning of the word “endocannabinoid” is having cannabis-like compounds within the body.

So, the same type of chemicals in cannabis are found inside our bodies?

When extensive government-funded studies were conducted on the effects of THC in the early 90s, they discovered the same compounds of cannabis in the human body. Since then, the endocannabinoid system has been discovered in other animals including mammals, birds, fish, and amphibians. [2]

The endocannabinoid system includes more than just the cannabinoids. It is made up of three parts:

With a better understanding of what makes up the endocannabinoid system, let’s look at how it works.

How Does the Endocannabinoid System Work?

ECS is more than just a natural system in our bodies; it plays an essential role in the regulation of multiple functions and plays a critical role in maintaining homeostasis within living systems.

When understanding the endocannabinoid system, it is critical to first understand how homeostasis works and why it plays such an important role within the body.

Homeostasis is the state of stable equilibrium for internal, physical, and chemical conditions controlled by the human body. In order to understand this process, it is helpful to look at examples that we may experience in everyday life.

For example, have you ever had the shivers when too cold or were sweating when you were hot?

This is a great example of the body maintaining homeostasis. The body works to keep a stable and steady temperature of around 98.6 degrees Fahrenheit (37 degrees Celsius) and while it may only change by a few degrees, it makes a large difference in keeping your internal temperature at a desirable level.

How about your stomach growling after an extended period without food? Once again, that is homeostasis in effect reminding your body to eat food for more energy.

The endocannabinoid system works to keep homeostasis within the body and while it is critical to staying stable and healthy, it is not active 24/7. It is only activated when it is needed and called upon by the body. It also only impacts the living system that is out of homeostasis without changing other systems in the body.

For example, if your blood pressure is too high or too low, ECS will be activated, telling the heart to pump more or less blood to place the blood pressure at a healthy level without changing the immune system or body temperature levels.

As mentioned, ECS is made up of the three core components- enzymes, receptors, and endocannabinoids.

Here’s how it works.

This is how each component in the ECS works together to help maintain natural levels in the body.

Keep in mind that this process is a natural system in the body and is different than if someone were to take CBD oil or smoke marijuana with THC.

Here is what we know.

Cannabis products stimulate activity of the endocannabinoid system which makes them a focal point for research associated with medicinal treatments.

Since the endocannabinoid system was discovered 30 years ago, many research studies have explored the potential therapeutic benefits of cannabis and the effects on the body’s natural living systems. [2]

Even with the advancements with recent scientific studies, there is still much more to learn about the ECS to fully understand the potential benefits when associated with the use of cannabis products.

We already know that endocannabinoids are similar compounds to the ones found in cannabis but are instead formed inside the body. Let’s explore what we currently know about these cannabinoids.

Cannabinoids found in the Cannabis Plant

There are over 100 cannabinoids in hemp but there are two that have gained lots of attention in recent years and are on the forefront of most research studies.

THC is commonly known as the element that gives a cannabis user a “high” while CBD is known for having therapeutic potential and no psychoactive elements.

Cannabinoids found in the Endocannabinoid System

The cannabinoids discovered by research studies so far include:

The biological effects of cannabinoids found in both cannabis and in our bodies are mediated by endocannabinoid receptors found in our nervous systems. [21]

There are two main endocannabinoid receptors that have been discovered in the human body:

Endocannabinoids may bind to different receptors depending on the biological system that needs to be corrected.

Enzymes in the ECS

The two main enzymes responsible for breaking down endocannabinoids after they have completed their task include:

How Does Cannabis Affect the Endocannabinoid System?

We already know that cannabis affects the ECS, but how exactly does it work compared to the endocannabinoids found in our bodies?

The chemical structure of the cannabinoid THC is similar to the endocannabinoid anandamide.

Just like the endocannabinoid, THC can attach to the CB1 receptor in the brain when someone uses a cannabis product. While both cannabinoids are related, anandamide does not give a high, although, the endocannabinoid does have relaxing and sedative properties.

In fact, the only reason that anandamide does not get a user high is because of the FAAH enzyme which breaks down the endocannabinoid before it can produce any psychoactive effects. While the FAAH enzyme works to break down the cannabinoids found within the body, it cannot break down THC. Therefore, THC can have a much stronger effect.

That brings us to another plant-based cannabinoid found in cannabis that has been on the forefront of many research studies, known as cannabidiol, or CBD.

Many research studies have been documented to support the potential therapeutic benefits of CBD for various conditions including:

There are many other reported therapeutic benefits of CBD and many anecdotal claims, but it is important to report the conditions that are primarily backed by research studies.

Are the potential benefits of CBD related to the effects on the endocannabinoid system in our bodies?

While various modern studies point to “yes”, there is still much more research that needs to be conducted in order to fully understand the relationship between CBD and the endocannabinoid system. Even so, there are recent studies on cannabis that support the idea that CBD presents therapeutic benefits by influencing the ECS.

One such research study in June 2018 found that CBD prevented anxiogenic effects through CB1 and CB2 receptors as well as preventing the decrease in neurogenesis (generation of new neurons) through CB2 receptors found in the endocannabinoid system. [22]

The ECS on its own regulates many functions of our bodies that CBD has also shown to potentially provide relief for including:

Since CBD has shown benefits in multiple studies with conditions such as these, it would seem that the connection with the ECS is the focal point to how all the effects take place. It is a strong theory that will require more research to comprehend the full extent of the relationship between cannabis and the ECS.

Bottom line is this.

Fully understanding the connection between those two facts is still a fresh idea to modern science and new studies aim to explore this relationship each year.

Choosing a CBD Product that is Natural

At 43 CD Solutions, all our hemp is grown locally with natural farming practices and is included with organic carrier oils. We believe that when choosing to try CBD as part of a potential treatment for various conditions, it is important to choose a product that is natural and high-quality while being backed by third-party testing.

As with any alternative medicine, we recommend asking your doctor if CBD is the right choice for you. If you have any additional questions about the endocannabinoid system and how cannabis works with your body, feel free to give us a call or email us with your questions. CBD Oil in Colorado | Where to Buy Colorado CBD Oil

CBD Oil in Colorado June 18th, 2020While there are many different options to choose from, many people seek out CBD oil from Colorado since they can place more trust in a company from a state that helped revolutionize the hemp industry.   Why Buy CBD Oil from... 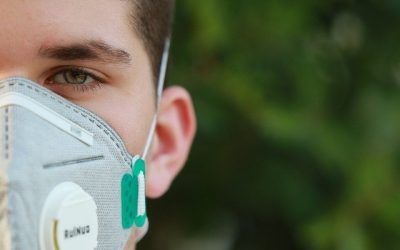 CBD & Coronavirus: Know the Facts vs. Fiction May 16, 2020CBD is not a miracle chemical compound that can fight the COVID-19 virus, nor has it been associated with any human or animal studies of the coronavirus. Although, it may assist your body in defending... CBD Studies for Anxiety | Research & Science for CBD February 29th, 2020There are many claims about CBD being able to support various conditions and often, it can be difficult to find articles that are backed by science and research. This article aims to explore a...

Enjoy 20% OFF your First Order!

We want to thank you for choosing to explore a natural and local Colorado option for your CBD needs by giving you a discount off your first order!

Thanks for Subscribing! Use Code: WELCOME at checkout for 20% off your order!